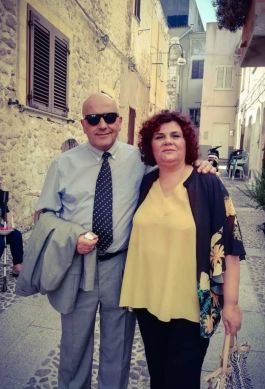 My name is Gianni Azzica and I have been happily married to Maria Franca for 36 years.
We have three children and have been grandparents of two wonderful grandchildren for a few years: Federico and Emanuele.
We live in Porto Torres, on the north-west coast of the beautiful island of Sardinia.
In 1990 we came to know the Lord together, also with our family of origin and now we serve in the evangelical church “DOULOS”, which we founded with a group of brothers in 2017, of which I am the pastor.

In order to connect and serve the community of our City, which has been experiencing a strong labour and especially spiritual crisis for decades, we have also established a voluntary association of which I am the president.
Sardinia has a very low percentage of people who have been reached by the Gospel, not least because of its low population density, with many towns having only a few hundred inhabitants. Our desire is to reach not only our city but also these small centres with the Good News of Jesus Christ.

How can we help you? WhatsApp us